NATO: We are fully focused on situation in Kosovo 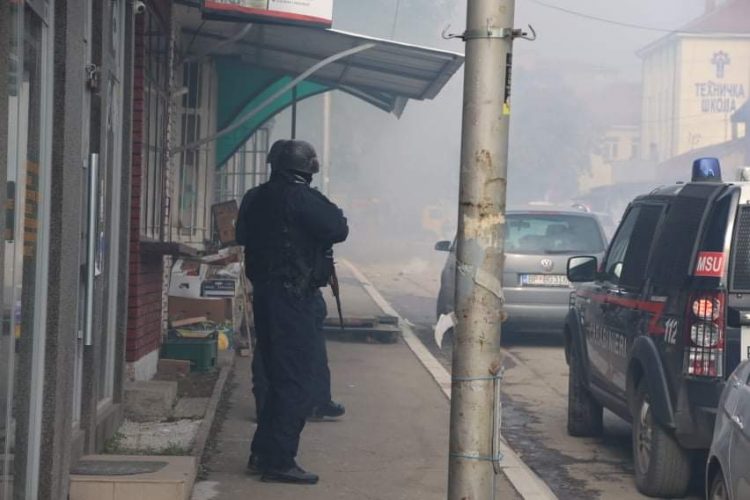 Answering a question on Wednesday about the current situation in northern Kosovo, populated mainly by the local Serbs, an unnamed NATO official said that "the Kosovo Police is conducting a law enforcement operation across Kosovo."

“The NATO-led KFOR mission is in constant communication with all relevant Institutions in Kosovo and with representatives of the International Community, and it remains fully focused on the daily implementation of its UN mandate – as per United Nations Security Council Resolution 1244 of 1999 – to continue ensuring a safe and secure environment and freedom of movement for all communities living in Kosovo,” the official said. “KFOR also continues to support the implementation of the recent arrangement on de-escalation, and the way forward in northern Kosovo reached between Belgrade and Pristina, under the auspices of the EU-facilitated Belgrade-Pristina Dialogue.”

Earlier on Wednesday, residents of the northern part of the town of Mitrovica awoke to sirens as Kosovo police conducted a raid aimed at prevention of sales of contraband goods.

Local media reported that a crowd gathered at the bridge across the Ibar river which separates the mainly Serb northern from the mainly Albanian southern part of the city. According to the media, the crowd threw stones at police vehicles and at least one police vehicle had been set on fire.

A doctor at the Mitrovica hospital told N1 that one person was seriously injured in the clash with the police.

Serbian President Aleksandar Vucic held a meeting with Kosovo Serbs in the Raska (Sandzak) district in southwestern Serbia, promising them that “whatever happened, Belgrade would be there for them.”

In a tweet earlier on Wednesday, the European Union’s top diplomat Joseph Borrell called for an immediate end to the violence.