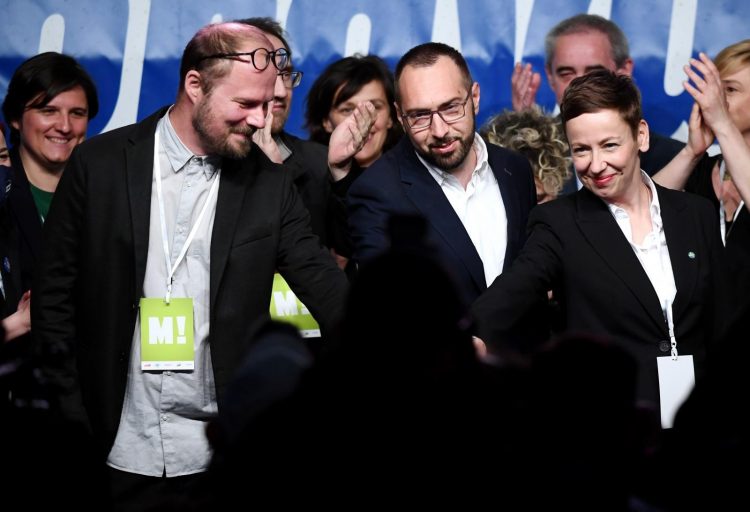 Zagreb's new mayor Tomislav Tomasevic said in his first address as mayor-elect on Sunday evening that residents of Zagreb had put trust in his ability to run the city, calling on them to participate in decision-making on the city's development.

“Thank you for your trust, hope, your belief that true change is possible, thank you for a clear mandate for a real change. Thank you for believing in me, in yourselves, and in all of us,” Tomasevic said in the address at his campaign headquarters at the Museum of Contemporary Art.

“We will do our best to justify your trust,” he said, thanking also voters who did not vote for him and stressing that, in time, he hoped to gain their approval as well with a better model of governance and better quality of life for all.

Tomasevic said that he had been fighting all his life for the city and its interests and against harmful agreements and decisions by those who, he said, had captured the city, systematically neglecting it and using it as their own cash machine.

He recalled that his campaign for Zagreb started back in 1998, when he was 16 and fought against the illegal dumping of hazardous waste in gravel pits by the River Sava.

“Twenty-three years later, here we are, together with the best team with whom I have been fighting for years for a more just, more solidary and more tolerant society. Those are the people with whom I share a vision for Zagreb as a greener, more just and more transparent city,” said Tomasevic.

“I will proudly lead this city to a better future, and I will be the mayor of all its residents, both those who voted for me and those who did not,” he said.

“I believe that all residents of Zagreb, regardless of how they voted and whether they voted at all, want better living conditions in their neighbourhoods, more available child care, better health care, more retirement and nursing homes, better public transportation, better cycle lanes and more green areas, and that they want this city to finally make it possible for young people to have a future here,” he said.

“Our mission will not last only until the next election, we look much farther into the future because the city’s long-term wellbeing is the most important to us. Zagreb, you have given me your trust, and I ask you to participate, together with us, in making decisions on the city’s development,” said Tomasevic.

He also called for patience, adding that a lot of work lay ahead and that the changes the city was about to undergo were neither quick nor simple.