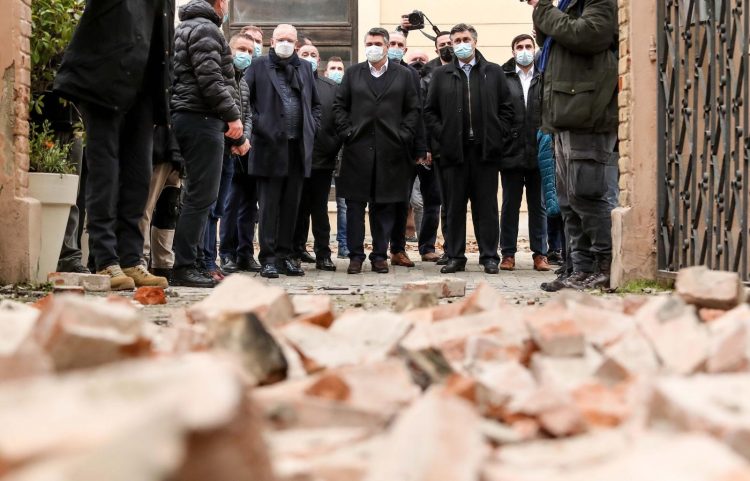 Petrinja Mayor Darinko Dumbovic has called for immediate emergency aid following a 6.3 strong earthquake that struck Petrinja at 12.20 pm Tuesday, saying that half the town has been destroyed.

“We are dragging people out of cars. We don’t know if there have been any casualties. I have heard that the kindergartten has collapsed but luckily there were no children in it,” said Dumbovic.

“The people are in panic, looking for their loved ones,” he added and called for anyone who can, to come and help in Petrinja, particularly professional fire-fighters and the army.

In a statement for N1, Dubmovic said that he had spoken to Prime Minister Andrej Plenkovic who set out immediately to go to Petrinja.

Prior to leaving for Petrinja, Plenkovic said that some buildings in downtown Zagreb have caved in. Zagreb residents have taken to the streets in fear of another tremor.