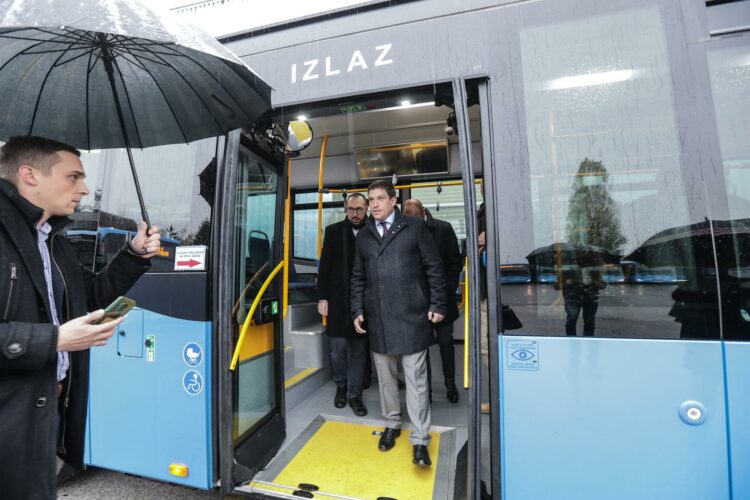 Zagreb Mayor Tomislav Tomasevic on Tuesday presented 45 of the 65 new buses for the ZET public transport company that will replace old ones in ZET's fleet and were purchased and co-financed from the EU Competitiveness and Cohesion operational programme.

“These buses will not increase the fleet, but will replace the old ones that are more than 20 years old, which is important for traffic safety and schedule, in order to avoid unforeseen breakdowns,” Tomasevic said at the presentation of the new buses in Podsused, adding that the remaining 20 buses to be delivered by the end of the year.

Minister of the Sea, Transport and Infrastructure Oleg Butkovic noted that the value of the procurement was HRK 161 million and 85% was co-financed from EU funds.

“By the end of the year we will sign a contract for 20 new low-floor trams, which will be entirely financed from the National Recovery and Resilience Plan,” said Butkovic.

Public transport prices will not increase for now.

Butkovic added that one of the new projects agreed between the city and the ministry is the construction of a high-speed railway line to the Franjo Tudjman Airport.

Responding to reporters Tomasevic said that for the time being public transport prices would not increase but everything depends on future price trends.

“There was no increase in the price of services, from homes for the elderly to public transportation. However, this cannot go on indefinitely because prices are continuing to rise and we will see how long we will be able to endure,” said Tomasevic.