Compensation for converted loans outside scope of consumer protection directive 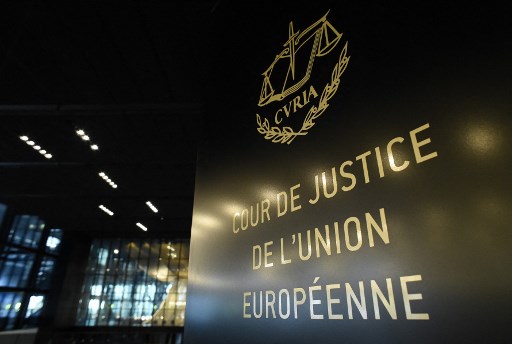 Delivering a ruling on the right to compensation for overpaid interest for loans pegged to a foreign currency after conversion, the EU Court of Justice has found that these loans fall outside the scope of the consumer protection directive.

The court published a decision on Thursday saying that the directive of 5 April 1993 on unfair terms in consumer contracts should be interpreted in such a way that contractual provisions that reflect national law under which the seller or service provider was obliged to propose to the consumer an amendment to their original contract by means of an agreement the content of which was determined by those provisions and which the consumer was able to accept, fall outside the material scope of the directive.

This refers to the case of A.H. vs Zagrebacka Banka regarding the reimbursement of the amount the bank allegedly unduly gained pursuant to the unfair provisions that were initially contained in the loan contract that the parties concluded and were subsequently amended via an annex that contained the amendments foreseen in Croatian law.

Franak: Decision to be made by Supreme Court

The ruling in this case has been pending since October 2020 when the Municipal Civil Court in Zagreb applied to the EU Court and independent attorney Juliane Kokott said that the matter did not fall within the jurisdiction of the EU Court.

The Franak association of debtors with loans pegged to foreign currencies said on Thursday that the court did not rule that it was not competent for this case, yet it it did not answer the questions asked. That means the decision on the right to compensation of all consumers with converted loans will now be passed on to the Supreme Court, the NGO said.

“We have not been compensated for and the Supreme Court has to adopt the only just decision and that is to determine our rights based on expert evaluation,” because without a proper calculation it is not possible to determine whether the balance between the rights and obligations of consumers and banks was achieved by the loan conversion, the NGO concluded.

The Croatian Banking Association (HUB) said that the ruling of the Court of Justice of the European Union confirmed HUB’s position that the Croatian case of CHF-indexed loans was specific compared to other EU countries because the conversion was carried out in accordance with a law that was binding on banks but voluntary for consumers.

HUB cited the court’s finding that Directive 94/13 on unfair terms in consumer contracts is not applicable to contractual provisions that reflect the mandatory provisions of national law or, in the Croatian case, the provisions of conversion agreements concluded in accordance with the provisions of the Act amending the 2015 Consumer Credit Act.

It is assumed that the national legislature has, through its intervention, established a balance between the rights and obligations of the contracting parties and such a decision is in conformity with the case law, HUB said, recalling that 94 per cent of CHF loan holders voluntarily converted their obligations.

HUB noted that under the amended law the banks bore the full cost of the conversion, which totalled 7.5 billion kuna (€1 billion), and that the conversion ensured that CHF loan holders had equal status to that of euro loan holders.

“Bearing this in mind, any further compensation of one category of debtors would be discriminatory and would distort the balance established by the law,” HUB said..

It also noted that the Croatian Supreme Court has found that conversion agreements concluded pursuant to the amended Consumer Credit Act are valid and have legal effect where the provisions of the basic loan contract concerning the floating interest rate and foreign-currency clause have been found null and void, and that CHF loan holders have the same status as euro loan holders.

HUB said that this position was now additionally confirmed by the EU Court and that the validity of the conversion and its effect on the reimbursement of consumers should no longer be a matter for the courts.