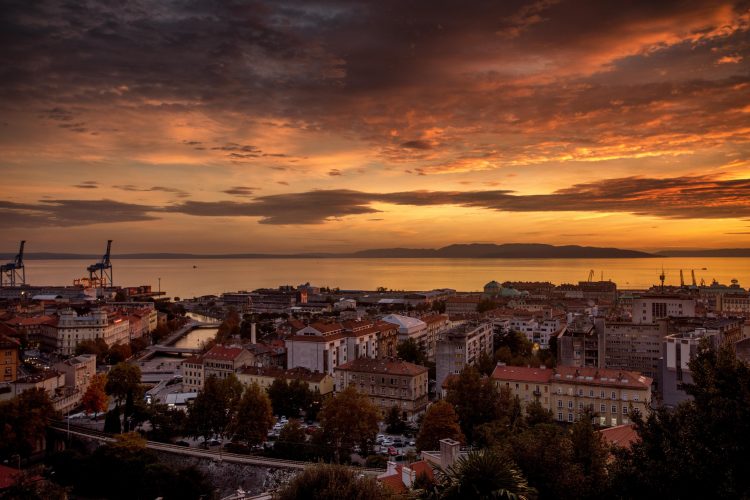 An agreement on designing and building a wastewater processing plant worth HRK 522.6 million (€69.68 million) was signed in Rijeka on Tuesday by the local utility company "Vodovod i kanalizacija", as the contracting entity, and a Chinese consortium as the contractor.

The Chinese consortium, comprising China Energy Engineering Group Jiangsu Power Design Institute and Sumec Complete Equipment and Engineering, has 1,520 days to complete the project, including the demolition of the existing wastewater treatment plant.

The new wastewater processing facility will be located at Delta, close to the existing facility, on the right bank of the Rječina River. The new facility is a secondary wastewater treatment plant where wastewater will be biologically treated before it is released into the sea, while sludge will be dried up to at least 90% dry matter. All parts of the plant will be in enclosed facilities.

The plant is part of a project to improve water management infrastructure in the Rijeka agglomeration, worth HRK 1.7 billion and co-financed with EU funds through the Operational Programme “Competitiveness and Cohesion 2014-2020”.

It is one of the biggest investments in municipal infrastructure in Croatia, and includes the construction and reconstruction of around 217 kilometres of drainage pipes and 125 pumping stations as well as work on some 100 kilometres of the public water supply network in Rijeka, Kastav, Viškovo, Čavle and Jelenje.

Economy and Sustainable Development Minister Tomislav Coric said the agreement was a significant step forward in the accomplishment of a clearly set goal – to expand the sewerage and water supply networks to cover the entire country.

The minister said he expected the Chinese contractor to complete the project within the agreed deadline and in the best way possible.

“That will be the best reference for the further engagement of Chinese companies on the Croatian market, as in the case of the Peljesac bridge project… Chinese companies are welcome in Croatia and the ministry is available for any kind of cooperation, to other companies as well,” said Coric.

Chinese Ambassador Qianjin Qi said he expected the Chinese companies to responsibly meet their obligations and respect EU and Croatian regulations on environmental protection as well as other regulations, and all stakeholders to do their best.

He said the two companies had their economic interests but were part of the open market and acted accordingly.

China is interested in further cooperation with all companies and countries in Europe, to the benefit of all sides, the ambassador said, stressing that he was honoured to attend the signing of the agreement in Rijeka, one of the most important ports in this part of Europe.

Rijeka Mayor Marko Filipovic said the project was an investment in the future of Rijeka as a smart, green and clean city. In the long run, this project is a guarantee of clean sea and clean beaches in the very centre of Rijeka, which is particularly important in the context of the city’s constant growth as a tourist destination, he said.

The director of the state-run Hrvatske Vode water management company, Zoran Djurokovic, said there were four agglomeration projects in Primorje-Gorski Kotar County, for which HRK 3.8 billion had been secured, and of which the Rijeka project accounted for HRK 2.2 billion, including VAT.

After three years of slower project implementation, today’s agreement increases the value of contracts for local water infrastructure to HRK 1.2 billion of the 2.2 billion, Đuroković said, adding that the project would raise the rate of connection to the public sewerage system in the Rijeka agglomeration from 78% to 94%, with around 30,000 more citizens being connected to the sewerage system.

Once built, the new waste water processing plant will be used for the treatment of all wastewater in the Rijeka area, Djurokovic said.