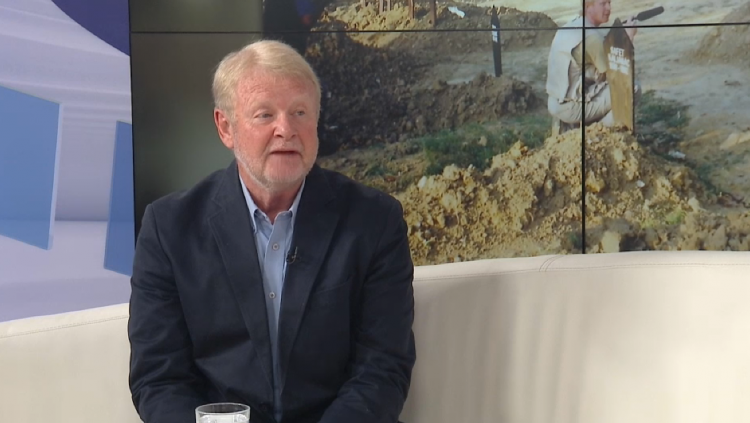 War reporter Tony Birtley was the first foreign reporter to enter Srebrenica in March 1993. He was persecuted in order to be stopped from publishing his stories. Visiting Sarajevo, he told N1 on Monday that the events in Bucha, Ukraine, are incomparable to those in Srebrenica.

Birtley managed to warn the world of the horrors and crimes that took place in Srebrenica. Today he is in Sarajevo on the occasion of the birthday of the city of Sarajevo together with his colleagues from all over the world.

“I spent two years in Srebrenica. It was a difficult experience, images of death and suffering. On the opening day of the museum in Potocari, I donated my photos. When I saw them again it was a horrible feeling. Memories of Srebrenica are strong and though not everyday, they never left me completely. On them are the heroes of the city, the suffering of the citizens that went on with their lives. My footage captured only two years of Srebrenica. Today, everyone had left the town,” Britley said.

Speaking about whether he had feared for his life while in Srebrenica, Britley said he never felt fear.

“I wasn’t afraid for my life. I didn’t expect to die, but I wanted to tell a strong story. In Ukraine, for example, if you don’t go there, you won’t know the truth about the crimes. Journalists don’t come to these places,” he noted.

When asked if he could compare Srebrenica to Bucha in Ukraine, he said no.

“Bosnia had an arms embargo. Serbs had weapons, Bosnians had nothing. Eight thousand dead men, some of whom I knew personally. Bucha cannot be compared to Srebrenica. Bucha shows that Bosnia was abandoned and didn’t receive aid. Ukraine has aid for now. The end of the war in Bosnia was Bill Clinton’s political act, not a moral act,” the then reporter told N1, adding that he was even wounded in Srebrenica.

“I was wounded three times, but I kept coming back. The doctor in Srebrenica, Nedzad Mujkanovic, was a hero. He gave operated on me before operating on wounded Bosnians. He saved my leg and I promised to buy him a box of Marlboros. I brought it to him later,” Britley added.