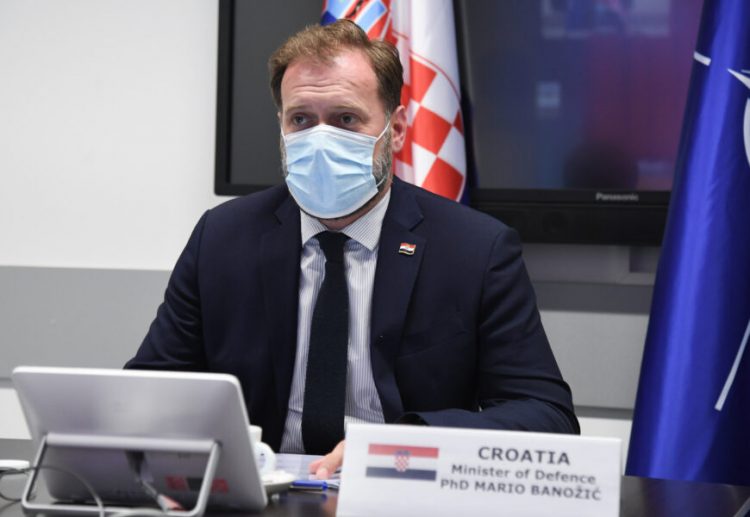 Croatian Defence Minister, Mario Banozic, said at a meeting of NATO Defence Ministers that with its recent purchase of fighter jets, Croatia "further confirmed" its commitment to defence expressed at the Wales Summit, when it was said that NATO member states should spend 2 percent of their budget on defence.

At the meeting, Banozic “supported the strategic planning processes of the Alliance, the implementation of which will keep NATO ready and strong both today and in the future,” the Ministry of Defence said in a press release.

In order to successfully implement those processes, it will be necessary for the Allies to reaffirm their commitment to defence expressed in the Wales Summit Declaration, which the Republic of Croatia further confirmed when the Croatian government last week made a decision on the procurement of multipurpose fighter jets, which is also the largest single investment in defence in Croatian history, it was added.

The government last week made a decision on the procurement of 12 multipurpose fighter jets Rafale F3-R from France for €999 million.

In 2014, the Wales Summit Declaration was issued, committing NATO member states to reach the goal of allocating 2% of their budget for the military, and 20% of that for equipment and modernisation.

The ministers of defence also agreed on the recommendations and proposals from the NATO 2030 initiative, the press release from the Ministry of Defence said.

The ministers have agreed that NATO should expand its approach to security, with a special focus on resilience. The need to improve the technological capabilities of the Alliance was also expressed, as was the need to pay more attention to the security implications arising from climate change, it was added.