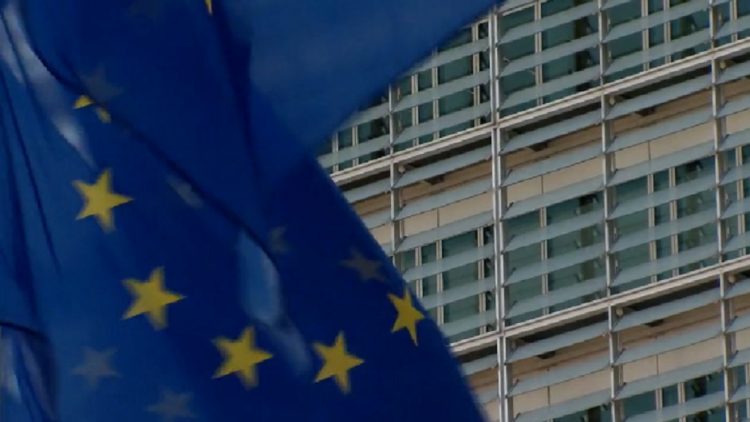 The leaders of the EU member states will gather on Thursday and Friday at a summit to support the recommendation on Croatia's entry into the euro area and to decide on the candidate status for Ukraine, Moldova, and Georgia.

The European Council welcomes Croatia’s fulfilment of all the convergence criteria set out in the Treaty. It supports the Commission’s proposal that Croatia adopts the euro on 1 January 2023 and calls on the Council to swiftly adopt the relevant Commission proposals, a draft conclusion said.

This is the second-last step in the decision-making process on Croatia’s accession to the euro area. The last step will be the adoption of three legislative proposals on Croatia’s entry, which will take place at a meeting of the Economy and Finance Council on 12 July.

The main topic of the summit is enlargement, and giving candidate status to Ukraine and Moldova, while Georgia should receive a promise of its European perspective, which roughly corresponds to the status of a potential candidate.

So far, there are no indications that anyone will oppose candidate status for Ukraine and Moldova.

EU leaders will also discuss the Western Balkans and reiterate their full and unequivocal commitment to the membership prospects of the countries in the region and call for speeding up the accession process.

Ahead of the EU summit, a meeting of EU leaders with their counterparts from the Western Balkans will take place on Thursday morning.

Three member states are asking for Bosnia and Herzegovina to be granted candidate status, but I do not see a consensus on that, said a senior EU official, well versed in the summit’s preparations.

The same source says that in 2019, the Commission published an opinion on the candidacy of Bosnia and Herzegovina with 14 key priorities that the state should meet in order to obtain candidate status.

But since then we have not seen any reforms or any progress in BiH, the source said.

They underscored that European Council President Charles Michel recently received the leaders of the parliamentary parties from BiH, who agreed on a text entitled “Political Agreement on Principles for Ensuring a Functional Bosnia and Herzegovina Advancing on the European Path.”

A senior diplomatic source said that the text was not acceptable to two parties from Republika Srpska and that one other party leader did not come for reasons for which I still have no explanation.

HDZ BiH President Dragan Covic did not appear at the meeting of party leaders and members of the BiH presidency.

Recently, the French presidency has been trying to resolve the issue of Bulgaria’s blockade by opening talks with North Macedonia. It is still unclear whether these efforts will bear fruit. The Bulgarian parliament will take a vote of no confidence in Kiril Petkov’s government on Thursday morning.

Bulgaria demanded that issues related to the common history, language and national identities be included in the negotiating framework for North Macedonia as a precondition for removing the blockades.

Given the great pressure by larger EU member states, particularly in light of the Russian aggression on Ukraine, there have been some indications from Sofia that it could make some concessions, which is why the government is experiencing internal problems.

As part of the “Wider Europe” debate, leaders will discuss the EU’s relations with partners in Europe.

Earlier last month, French President Emmanuel Macron called for the creation of a “European political community” to boost EU cooperation with other European countries as those countries’ EU accession is not realistic in the near future.

Shortly afterwards, Charles Michel, proposed the creation of a European geopolitical community and the gradual involvement of the Western Balkan countries in certain EU sectoral policies, in line with their progress in the accession process.

Country aspirants fear that this new framework for cooperation could be a substitute for full membership.

The draft conclusions explicitly state that such a framework will not replace existing EU policies and instruments, in particular enlargement.

In the conclusions on Ukraine, the leaders will once again reiterate their strong support for the country and promise to continue providing economic, military, social, financial and humanitarian assistance.

The summit will also discuss food security, which is threatened by Russia’s aggression against Ukraine because millions of tonnes of Ukrainian grain cannot be exported due to the Russian blockade of Black Sea ports.