Justice minister: Attorney general and head of USKOK will stay on 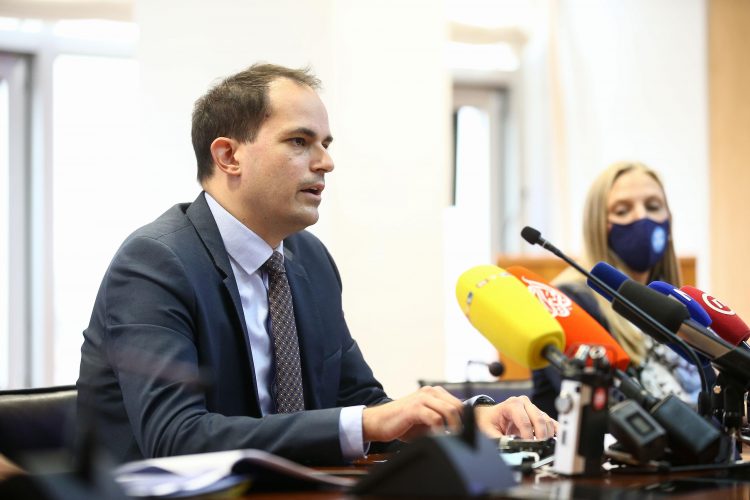 The actions taken by the State Attorney's Office (DORH) and the anti-corruption office USKOK in the so-called Software case that involves former EU Funds Minister Gabrijela Zalac, were not contentious, Justice Minister Ivan Malenica said on Thursday, adding that Attorney general Zlata Hrvoj-Sipek and Vanja Marusic, the head of USKOK, will therefore remain in their posts.

Speaking to the press, Malenica said that an inspection established that a decision to suspend work on the case of former EU funds minister Gabrijela Zalac, dubbed Software, was made in February 2020, when Drazen Jelenic was state attorney general.

Malenica added that a report on the case presented in February 2020 was presented again the following July, when Hrvoj-Sipek was the new state attorney general.

Asked to assess the inspection, which established that Hrvoj-Sipek knew about the Zalac case despite having denied it, Malenica said Hrvoj-Sipek enjoyed the government’s confidence and that he did not expect her resignation.

Asked whether Marusic should resign, given that she closed preliminary inquiries but did not open an investigation, which was later done by the EPPO, the minister said Marusic’s deputy “recommended not to continue working on the case.”

Malenica said the inspection findings did not contribute to citizens’ trust in the judiciary. “We are all aware of that, so it’s important to clear up all the circumstances and details in this case.”