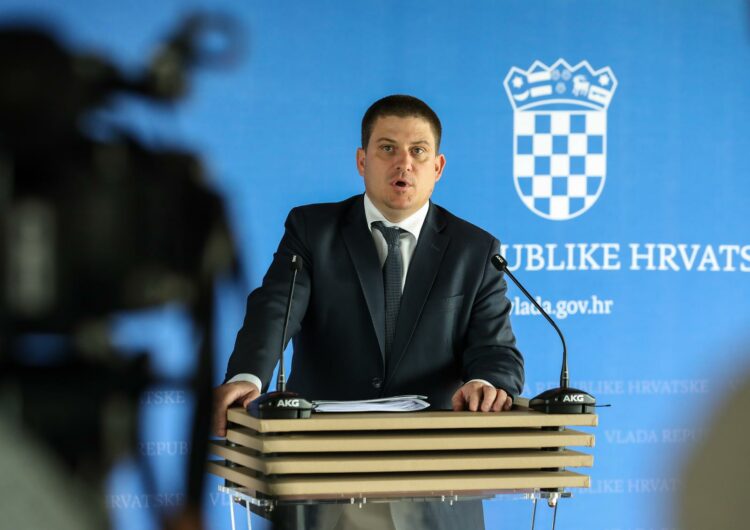 The Sea Ministry committed two omissions regarding the sailing out of the Irina VU, a Russian yacht under sanctions, and disciplinary action will be taken against the head of the Navigation Security Department and the Sibenik Port Authority, Minister Oleg Butkovic said on Friday.

The yacht was one of five in Croatia that have been blocked and sealed, he told press before a cabinet meeting.

The first omission refers to the actual sealing and the surveillance of the yacht, he said, “because you can’t explain to anyone that the yacht was sealed in July and only in January is it found out that it’s not there, because it left the dry berth in October.”

The other omission is the failure to inform all port authorities in Croatia in time, Butkovic said. “In this case, the yacht contacted the Dubrovnik Port Authority, which did not know which yachts are on the list of blocked vessels.”

Butkovic said several meetings had been held at the ministry these past few days to establish where omissions were made and to do everything to prevent similar cases in the future.

The minister said he decided to sack and launch disciplinary action against the head of the Navigation Security Department and the Sibenik Port Authority. “They didn’t do this deliberately. This was a mistake that happened to them and I’m confident it won’t happen again.”

The Irina VU was banned from leaving Croatian waters as it is on a list of assets of Russian oligarchs under EU, US and UK sanctions. It was stolen from a marina on Murter island early last October.

An almost identical yacht sailed into its place in the port, while the original is currently in a Turkish marina in the Aegean Sea. An international warrant has been issued for it and Croatia’s State Attorney’s Office and Security and Intelligence Agency as well as international agencies are investigating how the yacht ended up in Turkey despite the blockade.

Butkovic said the Sea Ministry must take additional surveillance measures for all sanctioned yachts and those relating to the exchange of information among port authorities.