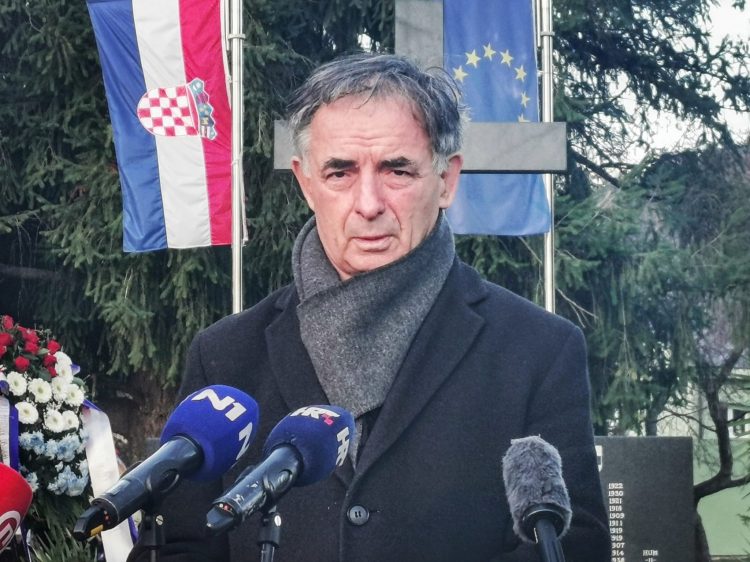 Serb National Council (SNV) president Milorad Pupovac said on Sunday the SNV would comment on the 2021 census, which shows that Serbs make up less than 30% of Vukovar's population, after analysing the results and seeing if everything had been per regulations.

“After making an analysis, after seeing if there are, and how many, cases which point to possible irregularities, such as have seen so far, then we’ll react,” he told the press after a commemoration in Glusci near Metkovic.

Pupovac said the SNV did not have estimates of the number of Serbs living in the eastern town of Vukovar and that it was only checking if the census was done in line with regulations and without pressure or negative campaigning.

“The only thing that worries us is that some people had the goal and the mission that that number of Serbs must be below the percentage of ten years ago.”

Asked if the SNV had received reports of some irregularities, Pupovac said they had and that they were not the only ones seeing that some census data were unreliable.

He also commented on President Zoran Milanovic’s statement yesterday that Serbian President Aleksandar Vučić’s claim that Croatia did not care about Serb children killed in the 1995 Operation Storm was “unbearably disgusting.”

“If a man can’t have empathy for the killing of other people, he should at least refrain from showing that he doesn’t have it. Victims are victims, whether Croatian, Serb or others,” Pupovac said.

Asked if he agreed with the government’s decision to disregard an upcoming trial in Belgrade against four Croatian Air Force pilots for alleged war crimes committed during Operation Storm, he said the problem would not be solved unless the judicial authorities in Belgrade and Zagreb talked, but only create bad relations between the two states.

Today’s commemoration in Glušci was held for 90 locals, including children, who were deported to the Jasenovac concentration camp on 23 September 1944.

“This small community deserves to be visited because of how it lives and develops cooperation and coexistence with the surrounding majority. The other reason for the visit is to remember together their suffering near the end of WWII, their ancestors who were taken to Jasenovac,” said Pupovac.