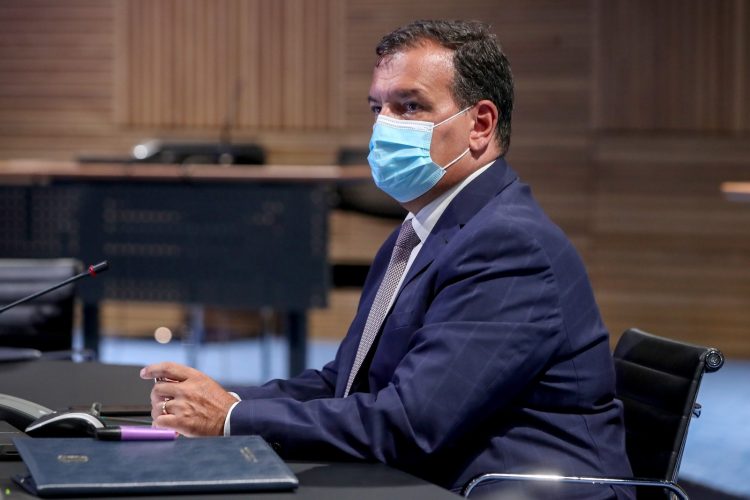 Ten persons have been killed in the traffic accident near Slavonski Brod, while emergency services have provided for 44, of whom 15 are seriously injured, including a little girl, Health Minister Vili Beros said on Sunday after visiting the site of the crash.

There were 69 persons, including two drivers, in a bus with Kosovo licence plates that skidded off the road early this morning.

“It was with sadness that we received the information about the serious traffic accident,” Beros said, adding that three persons were in surgery and that 15 minors, including a little girl, were among those injured.

He commended all the services for a swift response to provide medical assistance to the victims.

“Our thoughts are with the victims’ families, with the peoples, the governments of the republics from which the injured come. I extend my personal condolences and sympathies as well as the Croatian government’s condolences to everyone touched by this big tragedy,” Beroš said.

“Two persons are in the intensive care unit and their lives are in danger. We have engaged a child’s psychiatrist and our psychologist. This is an extraordinary and shocking situation,” said the head of the Slavonski Brod hospital, dr. Josip Samardzic.

Kosovo Ambassador to Croatia Gezim Kasapolli arrived at the hospital, extended condolences to the families of those killed and thanked the Croatian government and all institutions for their assistance.

He said he hoped solutions would be found so that all could receive the necessary assistance, adding that he was in contact with the victims’ families.

Interior Minister Davor Bozinovic extended his condolences to the families of those killed.

“I talked with Kosovo Defence Minister Armend Mehaj and Interior Minister Xhelal Svecla, with whom we will continue to exchange the information available. I extend deep condolences to the families of those killed in the serious traffic accident (and wish) the injured a speedy recovery. Croatia’s thoughts are with the citizens of Kosovo,” he wrote on Twitter.