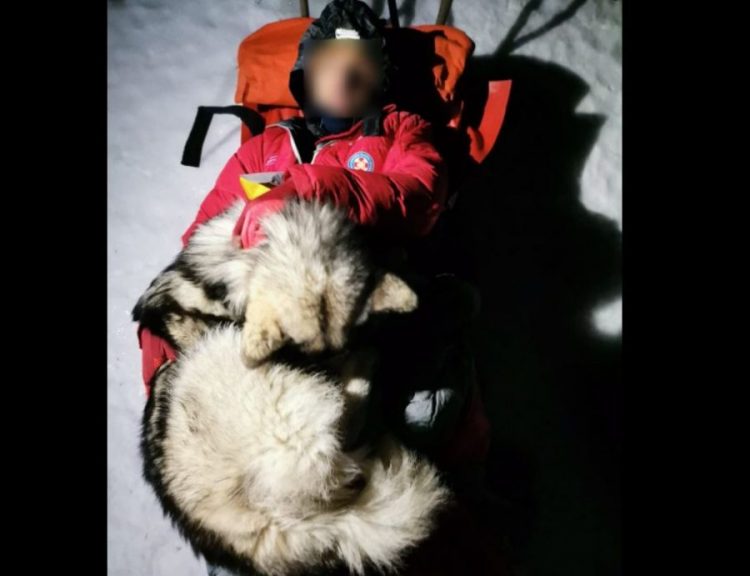 A dog named North saved a young mountaineer, his owner, on Vaganski vrh, the highest peak of the Velebit mountain in Croatia, after they both fell down the slope. North was unhurt, but the mountaineer was injured and laid in the snow until the rescuers arrived, during which time North laid on top of him, protecting him from the cold.

According to the Croatian Rescue Service (HGSS) Facebook page who rescued the two, North curled up around the mountaineer and warmed him with his body.

“Loyalty did not end with the arrival of rescuers, North was one of us guarding his owner for 13 hours. From this example we can all learn about caring for each other,” wrote the HGSS.

Although rescuers arrived on time, this rescue operation turned out to be one of the most difficult they encountered.

Namely, the rescuers fought for almost 13 hours to bring the injured man down from the mountain because the operation was further complicated by snow, ice, landslides and fallen trees.

The injured mountaineer went to Velebit with his dog North. Due to a series of unfortunate circumstances, Saturday afternoon the dog and the owner slipped down the slope together.

The injured man was handed over to the emergency medical team Sunday morning at 7:55 pm.