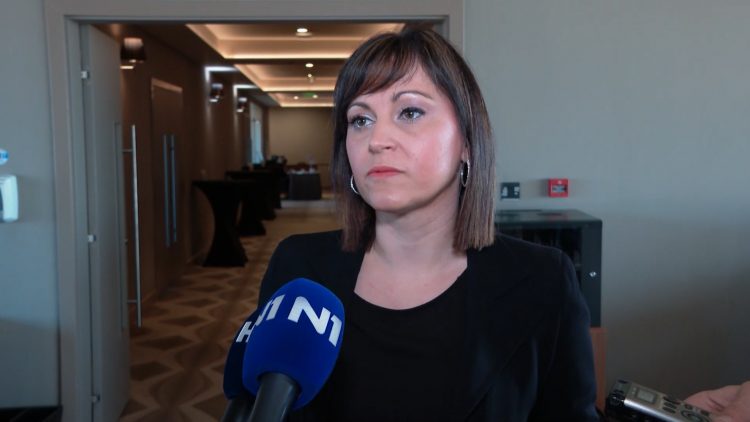 Minister of Regional Development and EU Funds, Nataša Tramisak, has confirmed for the Jutarnji List daily that she has received threats which she hasn't officially reported yet, saying that these problems started when she refused to extend a contract with the Omega Software company.

“Unfortunately, I can’t say that the rumors of the threats I am receiving as reported by the Nacional weekly aren’t true. I have been receiving indirect threats for months now and all because of business decisions I make as Minister of Regional Development and EU Funds. The last one I received said ‘… There will be blood…’ and was conveyed to me by a man whom I’d rather not name but who was in the ministry in January this year,” said Tramisak.

The Wednesday issue of the Jutarnji List daily said that the problems for Minister Tramisak started when she decided not to extend a contract for an information system run by the ministry with the Omega Software company, and awarded it to the state’s financial agency Fina instead.

Not one of the threats were “directed or sent to her personally” so she did not officially report them, Tramisak said.

“However, in that last conversation with that man and following his comment that ‘there will be blood’, I said I would then seek asylum in Brussels,” said Minister Tramisak. She said that she did not discuss this with Prime Minister Andrej Plenkovic but had told her friends and colleagues about it.

“I didn’t discuss the threats with Prime Minister Plenkovic,” she said, stressing that she had a few witnesses who were present at the meetings when the threats were conveyed to her. Asked whether she would name the persons conveying the threats, if they were the people the Nacional weekly wrote about and if speculation was true that it was prominent member of the HDZ party, Milijan Brkic, Tramisak said that she had never spoken with Brkic.

“I heard from Fina unofficially that Brkic had met with them when we terminated our cooperation with Omega Software and hired Fina,” said Tramisak. There is no official confirmation that Brkic allegedly conveyed the threats.

The Jutarnji List tried to contact Brkic but he did not respond to its calls or messages. Plenković’s advisor Zvonimir Savic has frequently visited the ministry, however, Tramisak said that the purpose of his business visits was of a completely different nature.

“I don’t know who is behind those messages. I don’t know if Omega Software – which has in the meantime reportedly changed its owner – has a hidden owner, but the messages aren’t stopping, in fact, they have intensified and I do not feel comfortable,” she said. Omega Software was taken over by the M SAN Group in October.

Omega Software said they cannot comment on “unverified and sensationalist media reports” of which they have no knowledge, claiming that someone evidently wanted to slur the company’s reputation, the Jutarnji List daily said.