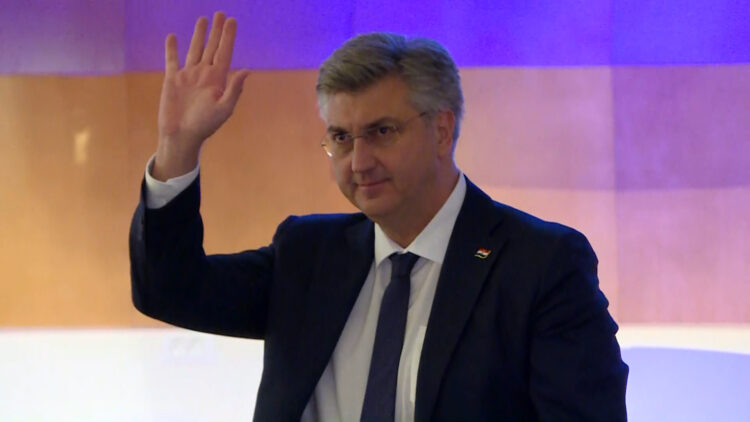 Prime Minister, Andrej Plenkovic, said in Davos on Thursday that being a member of the euro area, Croatia is less exposed to crises and better protected in times of crisis.

Addressing the panel “Finding Europe’s New Growth” within the World Economic Forum in that Swiss mountainous resort, Croatia’s premier said that also the euro changeover has been  technically seamless since the adoption of the euro on 1 January. He reiterated that Croatia was the only country to be admitted both to the euro area and the Schengen travel free area on the same day.

Apart from the smooth switching to the euro, the PM admitted that some of the economic operators took advantage of the euro changeover to round prices more than reasonably necessary.

Croatia also managed to keep the inflation rate at 10.8% in 2022, which is lower than in the other EU member-states in central and eastern Europe that still do not want to join the eurozone, Plenkovic said alluding to the developments in Poland and comments of Prime Minister Mateusz Morawieck who said that his country would not enter the euro area due to price rises in Croatia.

Plenkovic informed the panel that the years of crisis proved that the only element for keeping social cohesion is the state interventionism.

Considering the topic of China’s growing assertiveness and different views of the European Union’s members on cooperation with China, Plenkovic said that that he did not see China as a parallel threat that can undermine our economy and way of life, contrary to Russia.

Before attending the panel, Plenkovic met Bosnia and Herzegovina’s Prime Minister Borjana Kristo and invited her to pay an official visit to Croatia.

“We work together on boosting good-neighbouring relations and we support BiH’s European journey,” Plenkovic tweeted.