President calls on PM to call Defence Council session together 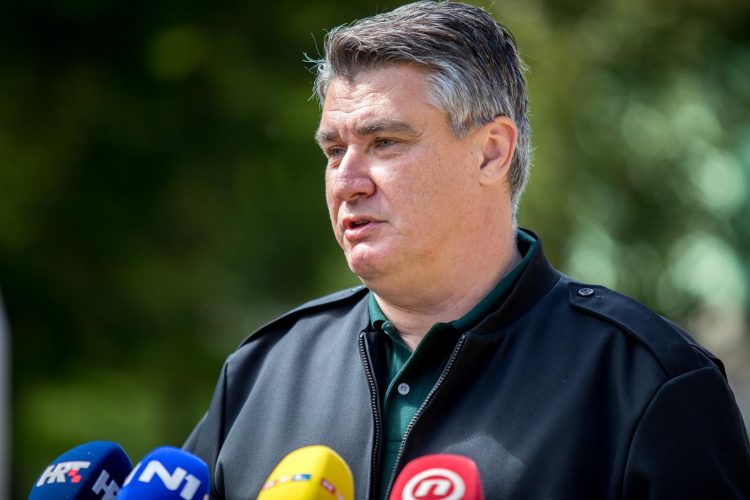 President Zoran Milanovic on Tuesday commented on the planned purchase of military jets, noting that he had invited Prime Minister Andrej Plenkovic to call a session of the Defence Council on this topic together with him.

President Milanovic on Tuesday visited the central town of Delnice, where he attended a ceremony marking the 30th anniversary of the Special Forces and Special Forces Command Day, the Office of the President said in a statement.

After the event, President Milanovic addressed reporters, commenting on the planned purchase of military aircraft, noting that he had invited PM Plenkovic to call a session of the Defence Council on the topic of aircraft procurement with him.

“I am confident that he will want to do it between the two rounds of local elections, that’s obvious, so he should go ahead and do it. Considering that as far as experts are concerned, the procedure was completed six months ago and that he called a briefing for today, I am concluding that the matter is done and that we have to call a session of the Defence Council at which we will formulate our positions, and the final decision will eventually be made by the government,” Milanovic said.

He noted that he had not changed his mind and that he would support the government’s choice, regardless of what it might be.

“We know what has been offered, all of it is OK. I know what’s on the table, whatever is chosen will be OK,” he said.

Asked by reporters if he thought that Plenkovic was trying to influence the elections by choosing the timing for the decision on military aircraft during the current election period, Milanovic said: “If he thinks that it helps him, let it be so. It is high time a decision was made. I don’t see what positive or negative effects it could have on the elections.”